Danny Rock will long be considered one of the best offensive and defensive lineman to ever play the game.  His punishing and aggressive style of play will long be remembered by his teammates and former opponents.  An exceptional football player, Rock was awarded a full football scholarship by the University of Cincinnati Bearcats and started as a defensive end.  All-State football in 1965 and 1966; All-conference in ’64, ’65 and ’66.  He made 23 tackles in one game in 1966 and held that record for fifteen years (1966-1981).  He would have 20+ tackles in multiple games throughout his career. Rock also was a four-year letterman in track, and played two years as a basketball player for Coach Cox.  However, Coach Cox would encourage Rock to stick to football after his star player got a bloody nose when he tried to run over the player while taking a charge.

From Mike Cundiff – While playing defensive end he used a tremendously effective clothes line, which Coach Mayfield taught him.  He literally put pass receivers on the ground at the line of scrimmage.  When he tackled a ball carrier, he hit them so hard they did not want that kind of punishment anymore so teams would inevitably run away from him. While playing a rival game against Etown Danny hit their All-State Running Back so hard he literally broke his own helmet while tackling him.

From Gary Inman – A teammate of mine at EHS and UL was running back Joe Welch.  Upon Joe’s induction into last years’ EHS Athletic HOF, he was asked if he could remember the hardest hit he ever received as a player.  Joe reflected on our game with LCHS in 1966 when Danny Rock hit him so hard it broke his helmet.  Joe and I were never looking forward to playing Danny Rock ever again!

From Jack Mitchell – One of the fiercest competitors that I have ever been around. A great student of the game, and always coachable.

From Phil Eason – I was not familiar with Danny as an athlete. My experience with Danny was that of a parent to Troy who I coached. Troy was a good athlete but a better person and I give that credit to his mother and Danny. My time as a coach and administrator at LaRue County you could not ask for a better parent to work with than Danny. I knew him as a parent who did a great job of raising a son. That is the highest compliment a dad can receive and I give it to Danny. 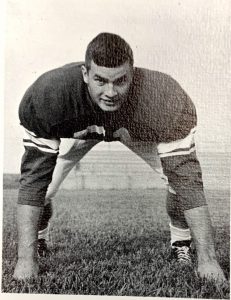 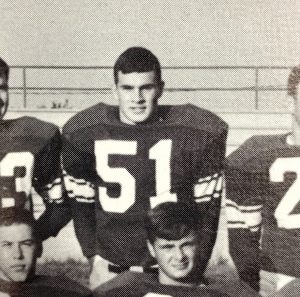