The Eldorado, Illinois native came to LCHS in 1964 where he began his teaching and coaching career.  He would coach football for seven years before coaching track and eventually start the cross country programs in 1966 and 1967 respectively.  Coach Mitchell coached track and cross country for nearly twenty five years, and since his retirement in 1994 has continued to volunteer and encourage the track and cross country programs.  His influence on the two programs and the numerous athletes that have participated will forever be remembered.  Over his tenure as head coach, Mitchell accumulated fifteen region championship and region runners-up, along with two sectional championships, and several coach of the year awards along the way.

From Tony Smith – Coach Mitchell was not only a mentor and coach to me but he was more like a second dad. He always seemed to know when you needed a kick to get started. The practices were not always fun but he had everyone attention and respect.  His passion for the sport was always with him.  He understood what needed to be done to take you to the next level. He treated all his athletes the same and expected you to work hard. I know he is still the same passionate and caring person now and will always be. Besides my parents, I can honestly say that Jack Mitchell played a key role in my success in life.

From Garry & Kathy Ross – Coach Mitchell, as so many still refer to him, constantly pushed his track boys and girls.  He took underprivileged students under his wing and not only gave them encouragement, but in many cases, gave them a reason for staying in school.  Jack bought many pairs of track shoes over the years and often used these to entice his runners to beat their personal records. It worked!  He coached youngsters during a time when coaches took kids home in the back of a pickup and knew their families well.

From Jim B. Phelps – Former runners can share story after story of the playful mannered coach offering milkshakes to athletes for meeting certain standards in practice.  Others can share stories of the demanding running workouts the driven coach created to reach the success he is known for.  And still, others can tell stories of a coach that offered to help out less fortunate runners obtain proper gear for competition.  Jack left a legacy that will never be forgotten, and to date, the number of accolades his teams and athletes reached is almost impossible to track.

From Phil Eason – In the track world Coach Mitchell is a true legend. No one I know got more out of an athlete than Jack Mitchell. He is the ultimate example of someone who could take his guys and beat yours and then take yours and beat his. Athletes at LCHS loved to be part of whatever Coach Mitchell was involved with. This had a lot to do with how much Coach Mitchell truly cared about the students he taught and the athletes he coached. He cared for those under his care and in return they cared for Coach Mitchell the man. Jack always displayed the courage to get close to those he taught and coached while always being professional and doing what was best for the student and/or athlete. 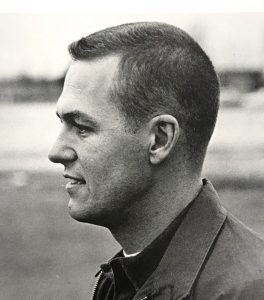 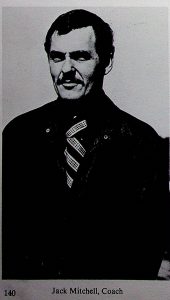