Cortland “Corky” Cox was the first official basketball coach of LaRue County High School. In the 1959 and 1960 seasons he would lead his team to the state tournament without a home gym.  The Hodgenville gym had burned, and the new LCHS did not have a gym at the time. He is a 1950 graduate of UL where he played basketball for the Cardinals and was later inducted into the UL Hall of Fame in 1984.  He would spend thirty-one years in education as a coach, teacher, high school principal and Federal Coordinator before retiring in 1986.

From Paul Childress – Coach Cox set the standard for success in the LaRue County Boys’ Basketball Program.  His record alone, speaks for itself, but many years of coaching, teaching, and administrative work has led to his legacy at LCHS.   Coach Cox has contributed so much to not only boys’ basketball, but also to the LaRue County High School and the LaRue County community.  His contributions and success will long be remembered and his entrance into the inaugural LCHS Athletic Hall of Fame will help solidify this legacy.

From Terry Sandidge – In the fall of 1968, Corky Cox asked me to be his assistant basketball coach.   I asked him if he had lost his mind, because I had never coached basketball and was teaching P.E. at Buffalo Elementary School at the time.  He finally convinced me with his sincere approach.  That year I coach freshman and JV, and learned much from the master coach and teacher.  His patience with players, teaching the fundamentals, and game preparation were all excellent.  He was a wonderful mentor to those that played for him and coached with him.  Corky, thanks for being a special mentor in my life.

From Phil Eason – My experience with Mr. Cox was during his time as the high school principal. You could not ask for a better Principal than Mr. Cox. As a coach when I made bad decisions, and I made number of them, if anyone questioned my decisions as to coaching Mr. Cox’s answer would always be “I would have done the same thing”. That takes a strong backbone. A coach cannot ask for any better support than that. What I always heard from knowledgeable people as to coaching basketball (which I know nothing) is that Coach Cox was the best game coach that has ever been in the 5th Region and there is no debate about that. Also they would share that no one competed harder than he did. He loved competition and was at his best when the game was on the line.  Whether that was on the court or even making the putt on a golf course for the win…no one out-competed Cork Cox. 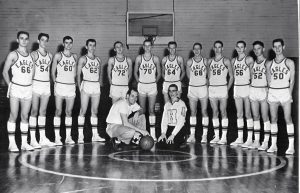 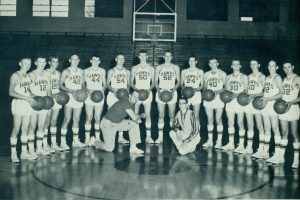 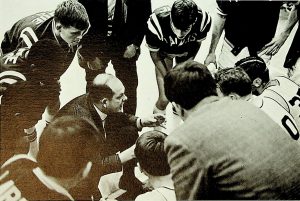 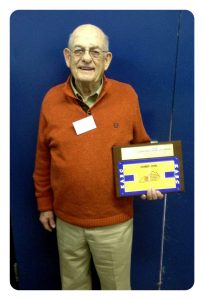