The LaRue County Boys Cross Country teams travelled to the Hardin County Fairgrounds Saturday to compete in the Region 2, Class AA Cross Country meet in hopes to qualify for the KHSAA State Cross Country Meet.  And, that they did!  The boys finished in 6th place out of the thirteen Region 2, Class AA teams (86 participants).  The Hawks had to battle sloppy course conditions due to excessive rain on the Friday before, along with a total of four other races before the Hawks got to run.

Senior Gabe Lafollette reflected on the conditions at the region meet.  “The course always has been really challenging throughout the years, but yesterday (Saturday) was very wet and sloppy, especially in the corners. If you weren’t losing your footing in some mud on the course, you were fighting a hill.”

Expectations to do well at region and qualify for State were high.  Lafollette says, “Going into the meet I thought we would qualify as a team, but as the race went on and I didn’t have a good race and the amount of people passing my teammates and I, I had my doubts in myself and the team. We just don’t do super well on tough courses, but we had a lot of pressure and expectations set on us by the Cross Country family and Coach Phelps, by coming into the region meet ranked 4th, tied with Taylor County, so we all made it the best race we could.  Based on the conditions I am thankful we qualified as a team.” 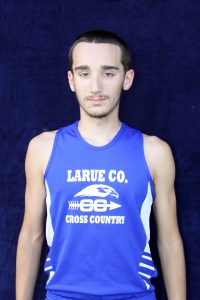 Chase Hines 9th Grade 12th place @ 18:45 – Coach Phelps comments – Great race on a tough course.  Chase has stayed focused throughout the season and is one of my runners with a true desire to win and improve. He truly understands the fatigue one must undergo in workouts to meet the success in the races. 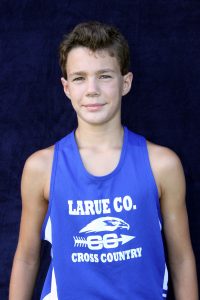 Gabe Fortier 8th Grade 24th place @ 19:31 – Coach Phelps comments – Gabe is the “grunt” of the team.  Being a wrestler, he has a mental toughness that fits the mold of a cross country runner.  All season long, Gabe is the guy that can somehow find something a little extra the last little bit of the race and pass a few people for team points. 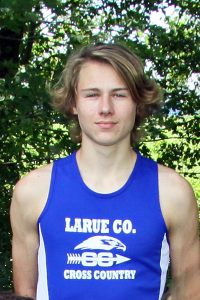 Gabe Lafollette 12th Grade 28th place @ 19:43 – Coach Phelps comments – Gabe decided to play soccer this season in addition to running cross country.  He did not get have the practice time in XC that we had hoped being a dual sport athlete, but he was able to compete in races throughout the season.  He was able to finish the last two weeks with us.  He definitely helped us at region. 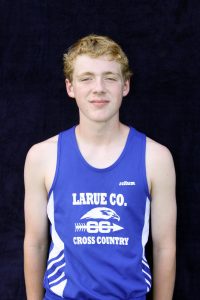 Cameron Mullins 9th Grade 30th place @ 19:44 – Coach Phelps comments – Cameron had two really great seasons as a young runner prior to this season.  However, about three weeks ago, he ended up with a hip issue.  We got him into the doctor and limited his miles and workouts. He boldly decided to finish out the season.  We knew he was running with some pain, and his times were falling well short of his normal times.  However, at region Cameron gave us everything he had.  He stepped up and battled the pain and muddy course and helped us tremendously.  It was a courageous effort. 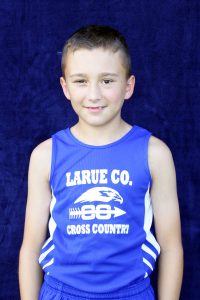 Brock Gross 7th Grade 50th place @ 21:03 – Coach Phelps comments – Brock is just a tough nosed kid.  Early in the season, he showed some promise running with the varsity guys.  So I moved him up to run.  Brock passed three or four guys in the last 500 meters of the race.  As our 5th man, this was so important.  Brock ran an outright gutsy race.

Cody French 8th Grade 63rd place 22:10 – Coach Phelps comments – Cody is a new addition to the team this year.  He is a first year runner.  Cody had some mid-season ankle issues that sidelined him for a little more than a week.  As Cody gains more confidence, I think he will be a valuable asset for us in the future. 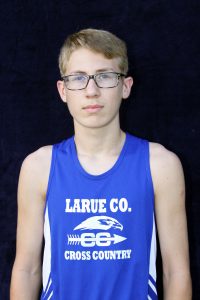 Connor Nicholas 9th Grade 67th place 22:31 – Coach Phelps comments – Connor had a unique race morning.  He took the ACT at LCHS Saturday morning from 8-12:30.  Then he was dropped off at the course and went straight to the start line.  So he truly had a mental and physical workout.  Connor will be a key part of this team for the next three years.

Coach Phelps reflected on his group of kids who qualified as a team for the first time in twelve years.  “This is a really good group of students.  From most to least important, they handle themselves well in our community and schools, they all make good grades, and they just happen to be good runners.  It is easy to work with athletes that first have a good character off the course.  Those quality characteristics transcend to their effort in cross country.”

The Hawks have been ranked around fourth all season among the seventeen schools in the region.  Phelps admits, “However, our team being so young and having some injuries, I knew going into the region meet we would be on the cusp of qualifying.  Last year Elizabethtown beat us for the regional advancement in a tie breaker.  I reminded the boys of that loss.  I encouraged them to run for each other. And last, I used the mantra of “undergo the fatigue of hard work in practice, or undergo the pain of defeat at region.”  I am really happy for them and how they have worked hard all year.”

Phelps wants the Hawks to be competitive at state.  “The race field gets so large and intimidating.  So this will be a new experience for our boys.  In addition to competing, I just want it to be a learning experience for the boys.   Maybe this experience will keep the boys “hungry” next season. I plan for this team to go back over the next three years.”